Termites occur in virtually every state of the United States except Alaska. The presence or abundance of termites is determined by their environmental requirements such as temperature, humidity, soil moisture, and food availability. Termite damage can be controlled with proper building practices and preventative measures.

Based on their habitat and mode of attack, termites found in the U.S. can be grouped in three classes: subterranean, drywood, and dampwood termites.

Subterranean termites develop and maintain their colonies underground. They tunnel through the earth and build pencil-sized mud tunnels around obstructions above ground while foraging the wood they need for food. At certain seasons of the year, male and female winged termites swarm from the colony, fly a short time before losing their wings, and locate a suitable place, mate and start new colonies. Their appearance during the mating season is similar to flying ants. Their shed wings are an indication that a termite colony may be near. Because they resemble flying ants, suspicious insects should be identified before steps are taken to eradicate termites.

Subterranean termites are responsible for most of the termite damage done to wood structures in the United States. Their occurrence and damage are much greater in the southern states than in the northern states, where low temperatures do not favor their development. Subterranean termites are not typically transported in lumber. They establish colonies by entering from a ground nest after a building has been constructed. Telltale signs of their presence are earthen tubes or tunnels built over foundation walls’ surfaces to reach the wood above. In the wood itself, the termites make galleries that follow the grain, leaving a layer of sound wood to conceal their activities. Since the galleries seldom show on the wood surfaces, probing with an ice pick or a knife is advisable if the presence of termites is suspected.

The Formosan termite is a subterranean termite that has spread from the Far East to Hawaii, Florida, and southern states through to Texas. The Formosan termite has been reported in California also. Experts believe that this special species of termite will eventually spread to other United States areas, especially along the southern coasts and the lower Mississippi Valley area.

The Formosan subterranean termite is a much greater threat to structures than our native species. It is more vigorous and aggressive, as indicated by rapid population development. Formosan termites use an extensive tube and tunnel system to locate and attack new sources of wood aggressively. According to research experiments, the Formosan species has greater resistance to soil insecticides currently used to control other subterranean termites.

Drywood termites, unlike the subterranean termites, can live entirely in wood that is moderate to extremely dry. They require no contact with the soil or with any other source of moisture.

Drywood termites occur across the southernmost states, along the eastern coast to North Carolina, along the western coast to northern California, and in Hawaii. Drywood termites are fewer in number and do not multiply as rapidly as subterranean termites. Their ability to live in damp or dry wood without outside moisture or contact with the ground makes them a definite menace in the regions where they occur. Although the total amount of destruction they cause in the United States is much less than that caused by subterranean termites, their damage is considerable in southern California, Florida, and Hawaii.

Dampwood termites generally do not require contact with the damp ground. Dampwood termites locate their colonies in damp, often decaying, wood where their moisture requirements are satisfied by the moist wood. Once established, they may extend their activities into sound and even relatively dry wood if they maintain damp wood contact.

Dampwood termites occur along the Pacific Coast and the northwestern states and are most common in northern California and western Oregon and Washington. Because a damp wood termite infestation generally requires moisture conditions conducive to decay (conditions contrary to modern construction practices), the economic hazard of damp wood termites is minor compared to that of subterranean and dry wood termites.

The need for termite protection varies regionally and depends primarily on climatic conditions. Figure 1, from the International Residential Code(1), indicates the general geographic distribution of termite infestation in the United States. Local building departments or pest control operators should be consulted to determine whether termite protection is required or recommended for specific regions.

Houses built on land recently cleared of trees and brush are probably in the midst of subterranean termite colonies when located in geographic areas where subterranean termites exist. In these areas, job site sanitation is critical. Proper job site cleanup includes removing or burning all debris, lumber, logs, limbs, and stumps. The presence of buried wood attracts termites and can lead to an infestation of the house. Lumber scraps should be removed from the site before enclosing with the wood or concrete floor.

Where termites are prevalent, the best protection is to build using techniques that prevent their gaining access to the building. Foundations may be the Permanent Wood Foundation (PWF), poured concrete, or masonry block with a poured concrete cap, through which termites cannot penetrate. Crawl space and attic vents must be screened to prevent access of winged termites during mating season.

Required minimum clearances between the ground surface and any untreated wood in the building are presented in the table below. Lesser clearances are also acceptable provided such wood is pressure-preservative-treated.

Proper ventilation and vapor barriers on the ground in the crawl space will help prevent the moist conditions that subterranean and damp wood termites favor. The minimum ventilation requirements in model building codes are based on the net free ventilation area ratio to the area to be ventilated. The required ratio applicable to crawl spaces is 1:150. When a ground cover is placed in the crawl space, the ratio may be reduced to 1:1500. (2)

In regions where a termite hazard exists, treat the soil outside of foundation walls, along the inside of crawl space foundation walls, under basement floors or slabs, and at other points of ground contact. For underfloor plenum heating/cooling systems, use only termiticides, which have been approved for applications when treating soil inside the plenum.

If soil treatment is not used in termite hazard regions, preservative-treated wood should be considered for the subfloor sheathing, floor framing, and supports. The floor structure’s foundation walls and underside should be inspected periodically for evidence of termite infestation, especially if untreated materials are used in the floor sheathing, framing, and supports.

Plywood should be treated per American Wood-Preservers’ Association (AWPA) Standards U1 (Use Category System: User Specification for Treated Wood) and T1 (Use Category System: Processing and Treatment Standard)(3) or equivalent code-approved preservative-treating and quality control requirements; and should be marked by an approved inspection agency, certified to inspect preservative-treated wood, indicating compliance with these requirements. All such treated wood should be dried to a moisture content of 19% (18% for plywood) or less after treatment to minimize subsequent shrinkage. 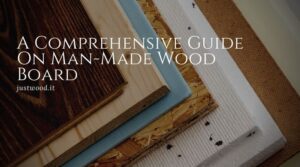 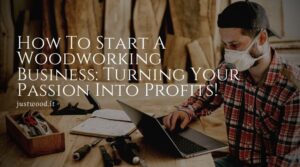 How To Start A Woodworking Business: Turning your passion into profits! 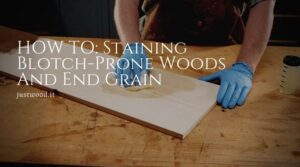 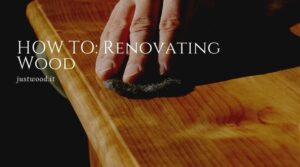 HOW TO: Renovating Wood

The Complete Book of Woodworking: Step-by-Step Guide to Essential Woodworking...
$29.95 $18.39
Buy on Amazon
Bestseller No. 2

Woodworking: The Complete Step-by-Step Manual
$14.99
Buy on Amazon
Bestseller No. 3

The Woodworking Bible: The Ultimate Guide to Master All the Major Woodworking...
$16.99
Buy on Amazon
Bestseller No. 4

Help us maintain this website and continue providing you with free woodworking PDF plans!

WAIT! BEFORE YOU GO

Get FREE Instant Access To My Collection of 15,000+ Plans & Never Run Out of Ideas or Projects To Build!